Two things that make Design for a Difference so unique are the number of lives it touches and the incredibly unique stories that come out of each and every project. Angela Leung, one of the volunteers who helped with a project in California, is just one shining example of that.

As a young girl, Angela experienced first-hand the amazing services that CHAC had to offer. Not only did they offer her and her family group counseling as a child, but she also received group counseling services at her school as a high-school student. She said, “It was great because my parents were entrepreneurs and didn’t have a super steady income. To be able to get this help at a time when we were not economically thriving was really great. Mental health is kind of taboo in my culture, so I think it was great they were able to integrate that into the schools. “These mental health services helped to shape Angela into the wonderful person she is today. 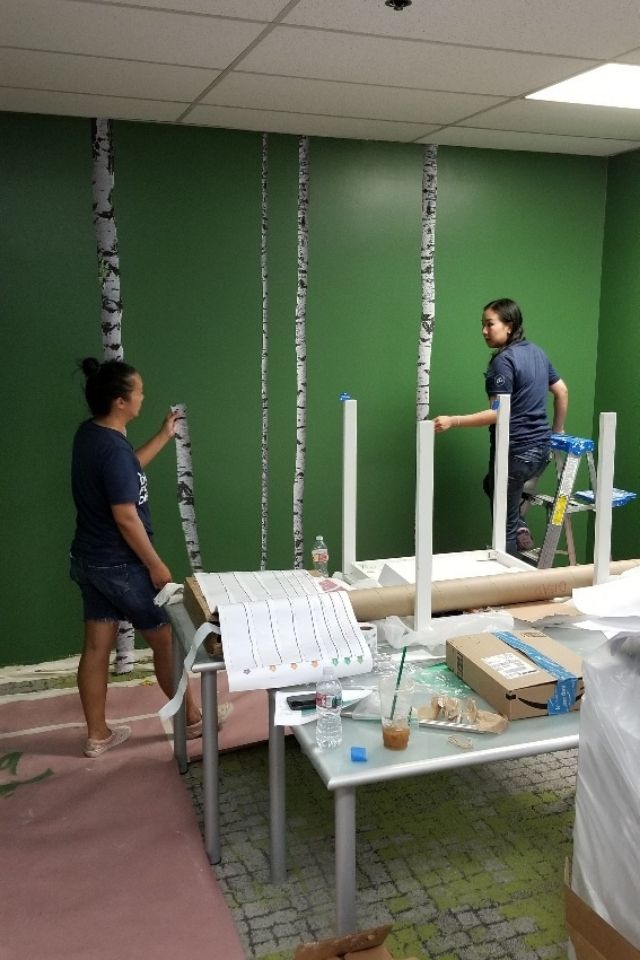 Angela’s involvement with DFAD started when she realized she was not following her own passion. While she wanted to keep her brother’s dream of running an auto glass company alive, she also started to think about how she could get involved in interior design. As someone who was constantly researching design trends and making updates and changes to her first home, she knew it was time to follow her own dreams.

That’s where Angela’s story with DFAD begins – she became a design student and started attending one class at a time while running the auto glass company to achieve her goal. It was at a student event where she saw Mark Brunetz, spokesperson for DFAD, speaking about philanthropy and design. He mentioned a design competition and Angela was sold! She asked for more information and what charity they would be working with and that’s when it clicked. The charity was CHAC – the organization that Angela had worked with as a child. Her personal connection drew her in even more to the project. 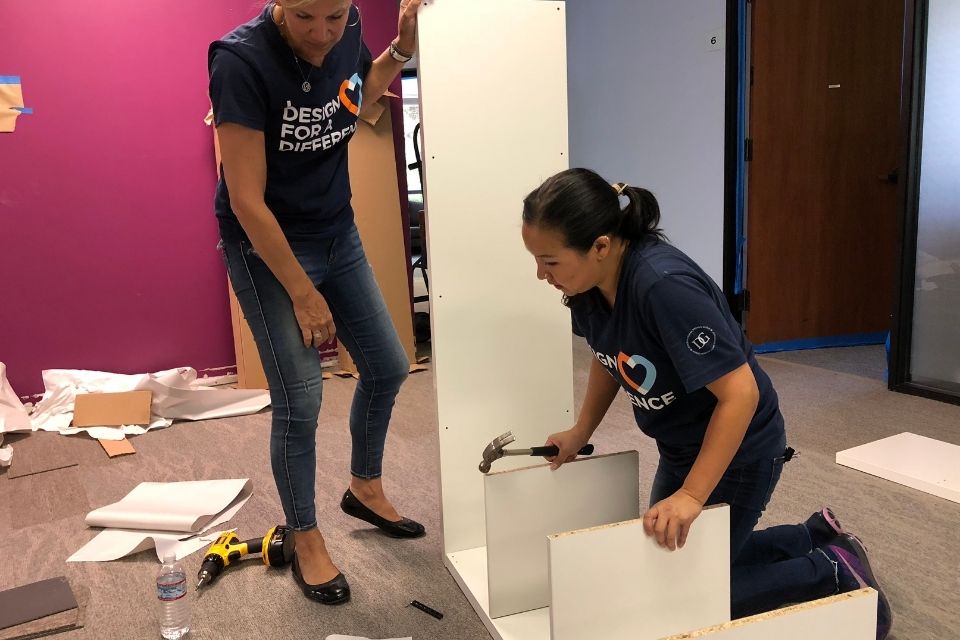 Not only was Angela able to give back to a community she attended as a child, but she also got a one-of-a-kind experience as an interior designer. Working with other seasoned interior designers and seeing how people come together as a team was one of her favorite things about it!

As far as the interior design, Angela played a huge role in helping the overall look and functionality come together. As someone who believes in evidence-based design, she said, “I believe that when you walk into a place and you kind of get a feeling – you feel more comfortable. And I could just see the difference when we redesigned CHAC with the clients and also for the interns that were there. They have such a strong message with the murals in the parking garage – and the place inside didn’t feel like it matched. I feel like you can have a positive or negative emotion based on the space.” 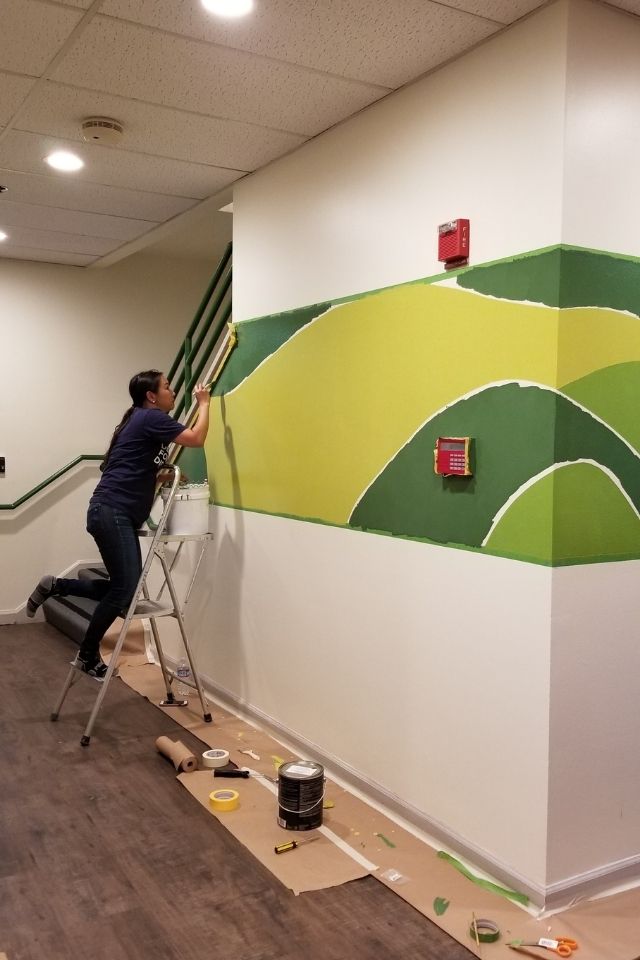 To help the interior and exterior provide a positive emotion, she wanted to provide a custom table that was both natural and functional. The big live-edge table in the village well in the break room was one of Angela’s favorite contributions to the project. She said, “I wanted it to kind of look like a tree with branches but modern, and then the table I wanted it to be off-center so it looked more natural. I felt like they really needed a table to gather around. It’s still really durable since it needs to be for commercial-use.”

Angela’s story is one that is truly touching. By giving back to an organization she has experienced first-hand, she’s passing on the value of the services that CHAC offers. “CHAC goes above and beyond for the community, so not only receiving their services and being able to give back and empower their message and to give back made me really feel incredible.”